Washington mom slams woke school therapist for ‘socially transitioning’ her daughter, 10: Teachers let little girl use boy’s restroom and fake name after she was influenced to be transgender on kids’ online drawing class

A Washington mom has slammed a school therapist for ‘socially transitioning’ her 10-year-old daughter – and claims teachers let her use boy’s restrooms and a fake name without parental consent.

Jennifer, 47, who omitted her surname, claims that she caught her daughter’s school in Washington State trying to ‘covertly transition her,’ before she and her husband pulled her from the institute and began home schooling.

She said her little daughter had been influenced to be transgender on a kids’ online drawing forum.

Some schools across the United States have been affirming the ‘breakdown of the gender binary’ by supporting the experimentation of gender pronouns and ‘gender dysphoria’ with claims of it happening without parental consent.

Jennifer, 47, claims the school was trying to ‘covertly transition’ her daughter by allowing her to use boy’s restrooms and use a ‘made-up’ name at school 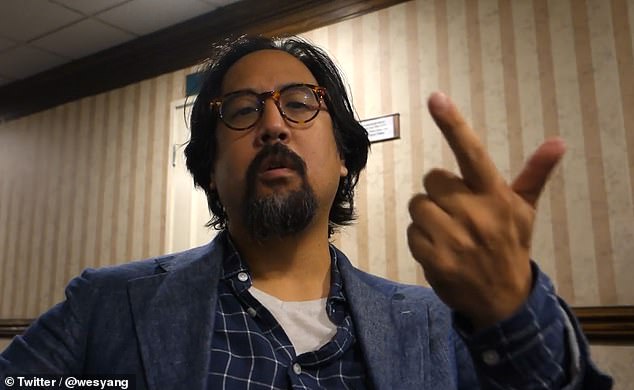 Speaking to Substack writer, Wesley Yang, Jennifer revealed that the school started the process by using a ‘made up name’ and using ‘different pronouns’ to identify her daughter who was born female at birth.

‘I was aware that she was playing with these identities before the school year started. What I was not aware of is that there were adults that were supporting it,’ Jennifer said in the November interview.

‘I thought this was the kids, that they’re playing with this identity exploration. I thought it was something they were just playing with. I did not take it seriously.’

Jennifer, who works with Partners for Ethical Care, a group that believe ‘no child is born in the wrong body,’ said that her daughter had stopped using the girl’s bathroom and she had been regularly meeting with a school contracted therapist.

‘I felt like this therapist was not working in partnership with me. I felt like she was working against me,’ Jennifer said.

‘I felt like she was setting me and her father up as the enemy of our child. She was the savior who was going to come in and save our daughter from us, or help us, you know, come over to her side or whatever.’

In these meetings, the therapist would reportedly employ biologically inaccurate pronouns in reference to the little girl and egg on the child’s temporary identity crisis.

One teacher went so far as to suggest that Jennifer’s little girl be assigned to a boys’ cabin at camp. 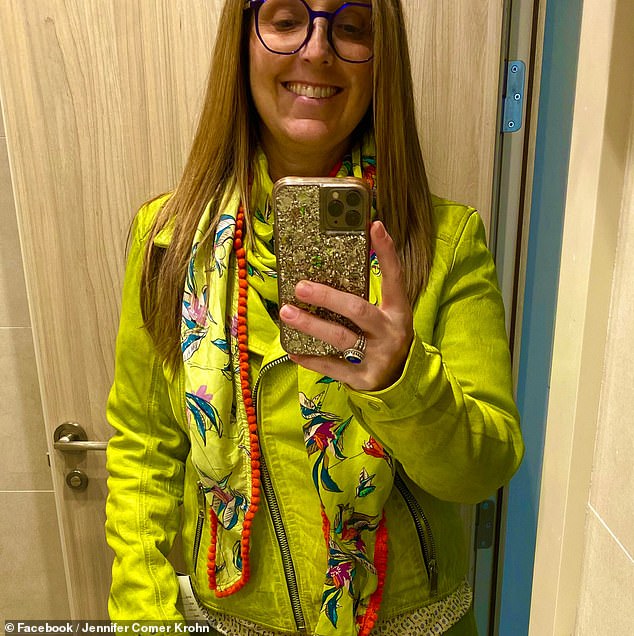 Jennifer, who works with Partners for Ethical Care, a group that believe ‘no child is born in the wrong body,’ said that her daughter identifies as female again 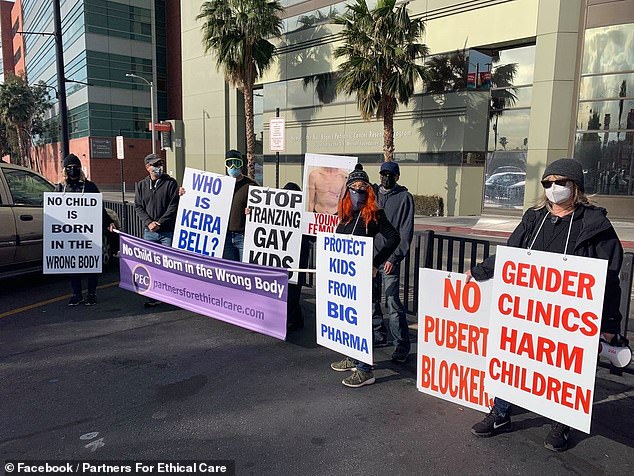 Jennifer, who lives in Washington State, has been working with Partners for Ethical Care to raise awareness for other parents going through something similar

For the most part, the school allegedly elected not to keep Jennifer’s family in the loop.

Jennifer, who lives in Washington State said that the region has banned ‘conversion therapy’ and ‘allows children to dictate the terms of their own care’ without parental consent.

Since January 1, 2022 under the ‘Gender Affirming Treatment Act’ in Washington State will legally cover sex reassignment surgery for insurance purposes under Medicaid.

‘Parents won’t even know. They can do this stuff without the parents even knowing. Insurance will have to pay for it, or the parents will get a bill from insurance with no explanation of benefits,’ she said about hormonal treatments.

‘That’s how it works in our state. Unless a child gives permission. But if a child wants to do these things without their parent’s permission, they can.’

Jennifer said that her daughter had been involved in an online drawing class in which kids were having ‘all sorts’ of online relationships.

Her worries began when she saw that kids were also talking about ‘cutting’ and suicide. 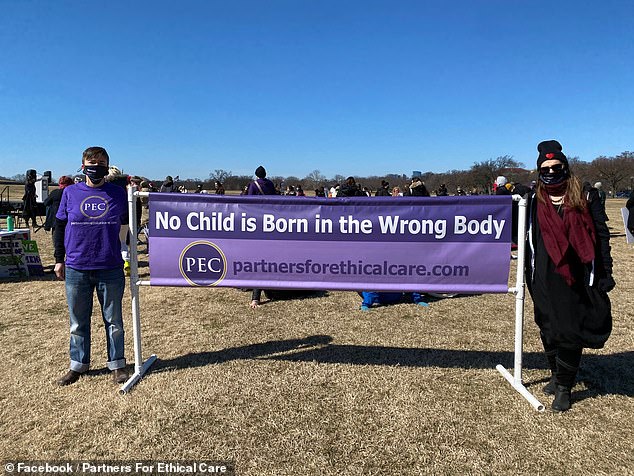 Jennifer, who works with Parners for Ethical Care, that supports children remaining their birth-assigned gender said that her daughter was influenced to become trans through an online drawing class

Jennifer of Partners for Ethical Care clarifies what the law dictates in Washington state: 13-year-olds can access puberty blockers and cross-sex hormones without parental notice and in defiance of parental will pic.twitter.com/BjA7ZzGsKG

‘She learned that stuff online, It was a surprise to me when I got that call from the therapist. But of course, I was concerned, which is why I allowed her to see that therapist,’ she said.

‘Supporting a delusion is not good for a child, especially if they actually have real mental health issues.

‘You’re not paying attention to the real issues when you’re telling them that this is the answer, that this will solve all their problems and we know from the detransitioners, that it clearly does not.’

‘It took a little over a year, so just about the same amount of time that it took her to get into it,’ she said.

‘I think that we were really lucky that she did this young because we still had a lot of influence on her.

‘I’m lucky because I can home school her. We have the means to do that, there are a lot of parents that can’t do that, they’re stuck with the public schools and what they’re doing is wrong.’

The 47-year-old has said her experience has ignited her passion to raise awareness and support other families who are going through something similar.

‘Partners for Ethical Care, we support efforts and we do things to raise awareness about what’s happening with ‘gender medicine,’ she said.

‘I want to put that in quotes, ‘gender medicine,’ because I don’t really think of it as medicine.

Educators have been accused of ‘confusing children in matters of sex and identity’ according to The Blaze with some battles extending into court to keep facilitating students to transition without telling their parents.

Disney ‘fired woke CEO Bob Chapek after colleagues including CFO complained he was unfit for the job: Axed boss was “blindsided” by dismissal and shock return of his predecessor Bob Iger’

What will DeSantis say? Florida medical college is slammed for pushing ‘equity’ CRT initiatives and for training a new generation of ‘antiracists’ as part of degree, despite Governor’s ban on affirmative action

What’s With AT&T’s DirecTV Kicking Out Conservative Newsmax And OAN?