EXCLUSIVE: New staff in Parliament who apply for security pass are asked whether their fathers are male or female on ‘woke’ online application form

EXCLUSIVE: New staff in Parliament who apply for security pass are asked whether their fathers are male or female on ‘woke’ online application form

Workers in Parliament are being asked whether their fathers are male or female in a move that has been branded ‘woke nonsense’.

Anyone applying for a Westminster security pass must give details of their parents including their names, dates of birth and nationalities.

But after a recent change by the authorities, applicants, including MPs’ staff, must now also list their mother and father’s gender identities.

Vetting forms seen by the Mail require employees to provide information about their ‘birth father’ including their gender.

The choices on the online application are female, male or ‘other’. There is no option to ignore the question.

Employees must also state whether their birth mother is male, female or other.

One parliamentary staffer who had to fill in the new form told the Mail: ‘I found it baffling to be asked what gender my birth father is when completing the parliamentary security vetting form.

‘How could it possibly make sense to ask that question? There is only one possible answer and in any case why do they have to know and why would they care if this has changed? It’s nonsensical.’

The worker, who did not wish to be named, asked: ‘Is there a reason my mother or father’s gender would affect my security clearance?’

Former education minister Brendan Clarke-Smith described the requirement to specify parents’ gender as ‘woke nonsense’ and said: ‘Staffers will probably be thinking this is some sort of intricate psychometric test, rather than a serious question.

‘I’m not sure how somebody’s father self-identifies is really relevant on a security check either. It’s tick box meets Pandora’s box.’ 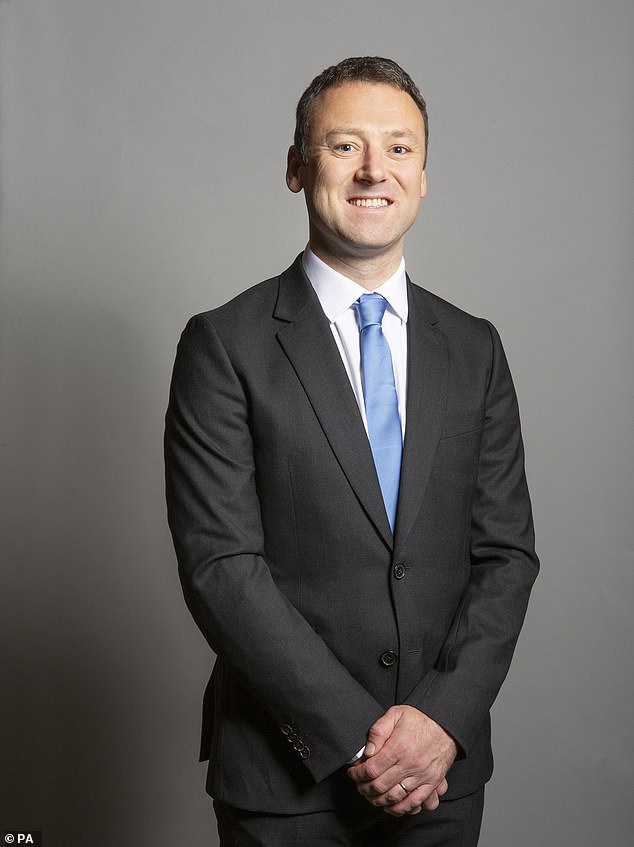 The House of Commons refused to say when the form had been updated or why, nor whether applicants are supposed to specify their parents’ legal sex or subjective gender identity.

A spokesman would only say in a statement: ‘Parliament has a range of robust security vetting procedures, based on good practice and ensuring a consistent approach, however we do not comment on the specifics of our security processes.’

It is not the first time the Westminster authorities have been accused of introducing ‘woke’ gender identity.

An option has been added to Parliament’s website allowing users to search for MPs via their gender identity including ‘non-binary’, even though the concept is not legally recognised in the UK.

The £13billion revamp of the historic palace may also lead to the installation of a number of ‘gender-neutral’ toilets anyone can use.

An attempt by some staff to turn a women’s toilet in the Commons into an ‘inclusive’ facility in the summer was scuppered after an unauthorised gender-neutral sign was taken down.

Salaries for Pentagon staffers working on diversity, equity and inclusion would be CAPPED at $31,000 a year under new bill proposed by Republicans

SUNY forces freshmen to pass new ‘Diversity, Equity, Inclusion and Social Justice’ class in order to graduate – sparking fury from their own professors: ‘This is nuts’

Where did it all go wrong for Paperchase? How wallet-friendly Card Factory, artist rows and virtue signalling killed off the High Street stationer

Four out of ten people believe our police care more about ‘wokeness’ than they do about catching crime, survey suggests

Ron DeSantis: We Will Work with Legislature to Stop Sex Changes on Minors