“The Committee on Oversight and Accountability is investigating President Joe Biden and his family’s foreign and domestic influence peddling schemes,” wrote Chairman Comer. “For over a decade, the Biden family has profited from Joe Biden’s positions as a public official. Your arrangement with Hunter Biden raises serious ethics concerns and calls into question whether the Biden family is again selling access and influence. Despite being a novice artist, Hunter Biden received exorbitant amounts of money selling his artwork, the buyers’ identities remain unknown, and you appear to be the sole record keeper of these lucrative transactions.”

TRENDING: RAY EPPS EXCLUSIVE!! Never-Before-Seen Leaked VIDEO of RAY EPPS Breach! Is the Government Doctoring Video to COVER FOR EPPS & Incriminate the Proud Boys at their Show Trial? THIS IS PART OF THE 14,000 Hours the Government Is Hiding! MUST SEE!!

In 2021, Hunter Biden met with potential buyers for his artwork at a private affair in Los Angeles after Psaki promised the identities of the potential buyers would be kept a secret from the Bidens.

It was also discovered that Hunter Biden’s Soho art dealer Georges Bergès has strong ties to China and was once arrested for “terrorist threats.” 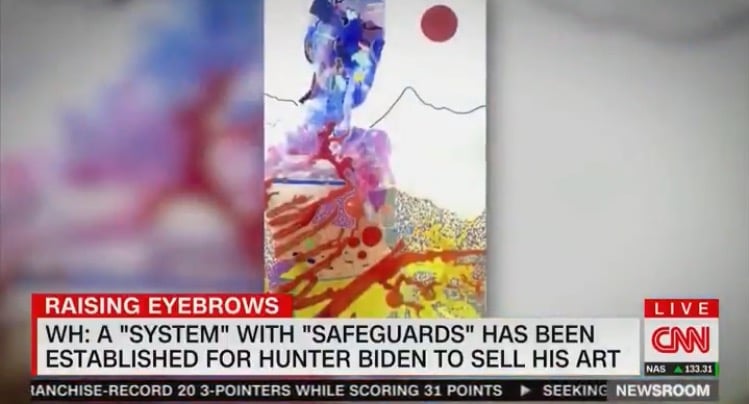 “He’s looking forward to it. It is like someone debuting in the world. And of course he will be there,” Georges Berges Gallery spokeswoman Robin Davis told CBS News. ​​

Joe Biden as He Grabs Reporter’s Hand: “The Covid Emergency Will End When the Supreme Court Ends It” (VIDEO)

Florida On The Verge Of Becoming The 26th Constitutional Carry State

Schweizer: We Need to Know Why Foreign Money Went to the Bidens