Woody Harrelson hilariously photobombs Matthew McConaughey’s daughter Vida, 13, while wondering ‘if the cake is vegan’ at her birthday party

Woody Harrelson hilariously photobombs Matthew McConaughey’s daughter Vida, 13, while wondering ‘if the cake is vegan’ at her birthday party

The 61-year-old actor stood behind Vida while looking at the large cake with a comically inquisitive look on his face in the snap, which was posted by Vida’s mother Camila Alves, 40.

Woody stood in a long sleeve green T-shirt, and he added maroon pants to the ensemble as well.

Having a laugh: Woody Harrelson comically photobombed Matthew McConaughey’s daughter Vida at her 13th birthday party in a post from her model mother Camila Alves on Monday

Vida wore a white crop top and black pants. A flower crown encircled the top of her head, and she had a necklace of flowers as well.

Camila captioned the snap, ‘Uncle @woodyharrelson is questioning if the cake is vegan or not!!! [hands covering eyes emoji, smiley face emoji] how does this go people! Time flies… 13!’

She gushed, ‘You are my ray of sunshine Vida!!! Your name explains everything about you “life” (#tb on celebrating her birthday on our family vacation trip January 3rd) [series of green and yellow heart emojis].’ 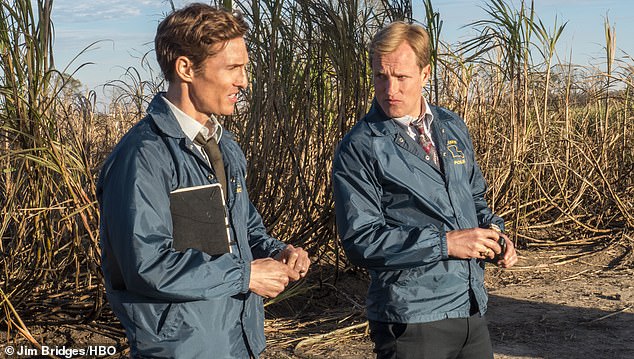 She then wrote the whole caption again in Portuguese as she originally came from Brazil.

Harrelson worked alongside Matthew McConaughey in the show True Detective back in its first season which aired in 2014.

It’s been a season full of birthdays for the McConaughey having celebrated Livingston’s 10 at the end of December. 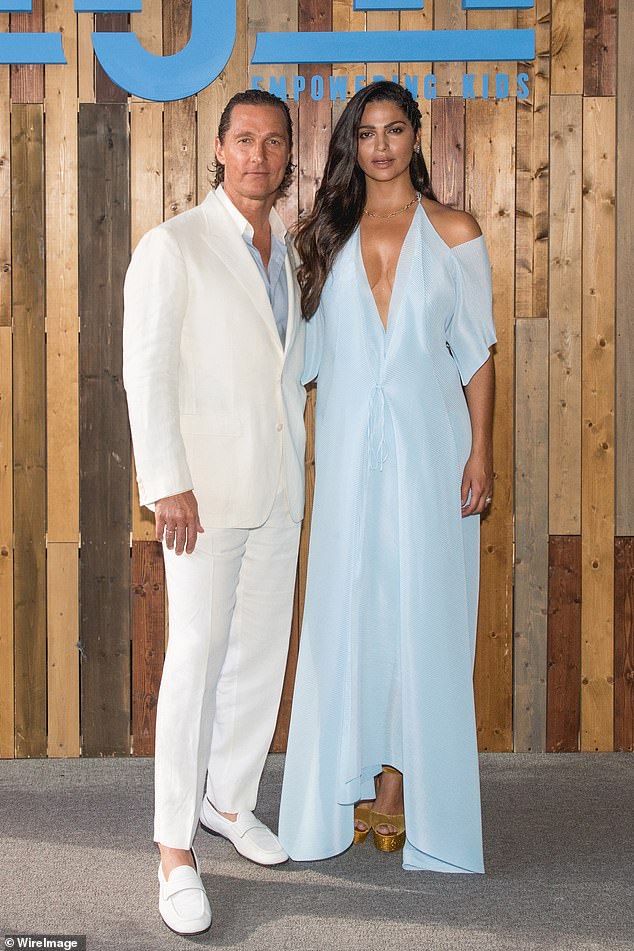 Lots of birthdays: It’s been a season full of birthdays for the McConaughey having celebrated Livingston’s 10 at the end of December; pictured in April 2022 in Austin, Texas

Camila shared an adorable photo of their son from the party earlier this month.

Camila remarked in the post’s caption how simple her youngest son was when it came to his birthday festivities. ‘Nothing fancy…just us,’ she shared. ‘All he wanted to do is go to Altitude the trampoline place in Austin and an ice cream cake!’

The adorable now 10-year-old wore a Happy Birthday crown and blew out the candles on his ice cream cake in the picture.

Camila, who has been married to the Wolf of Wall Street actor since 2012, shared more: ‘May your heart my son keep its simplicity as you grow in this complicated world!! You challenge me and teach me daily for that I am grateful! What a blessing you are!’ 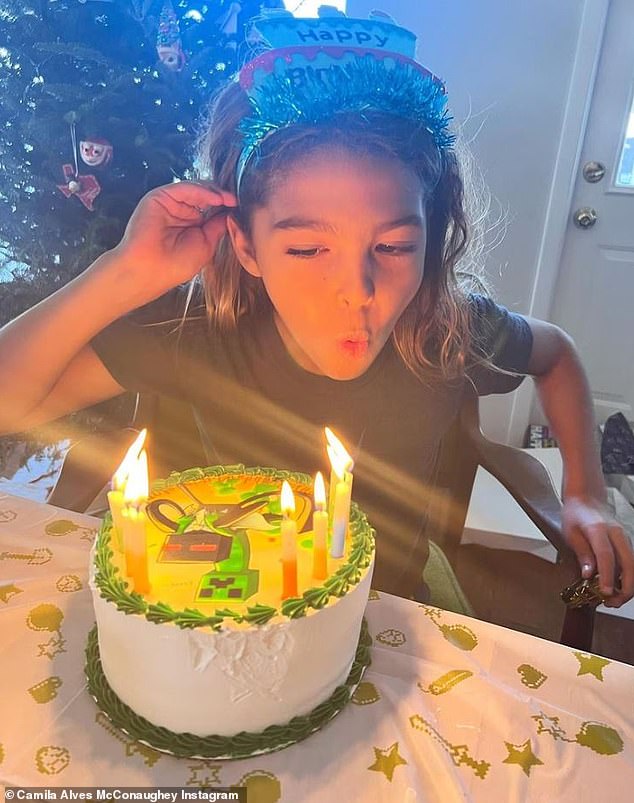 Birthday boy: Matthew McConaughey’s wife Camila posted a rare photo of their son from when they celebrated his 10th birthday back in December

Madonna Blames ‘Ageism and Misogyny,’ ‘Long Lens Camera’ for Comments about her Face at Grammys

So THAT’S what she eats! Mindy Kaling, 43, enjoys FRUIT and a Diet Coke for breakfast as she looks her thinnest in India… after losing 40lbs

China Puts on Show of Humanitarian Aid for Turkey Earthquake